Smart study tools to simplify & optimize your study time by helping you focus on the highly tested topics and rules. 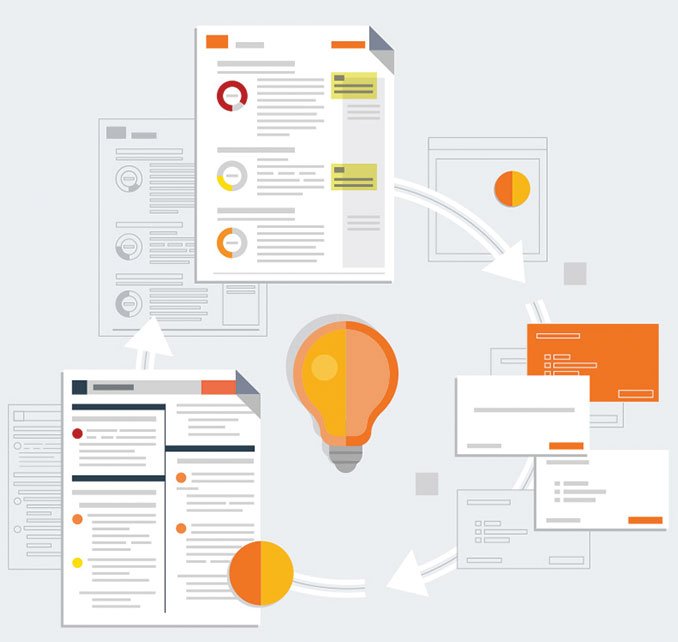 Our 2-Step Method to Study Smarter

Our signature color-coded Priority Outlines, Attack Sheets, & Frequency Charts streamline the mountain of information you need to know for the bar exam.

Learn faster with Smart Flashcards that use cognitive science & adaptive learning to accelerate the learning experience.

“Smart Bar Prep is a great way for you to easily identify the subject areas and rules where you should focus the majority of your time and attention.”

This incredible outline will become your go-to resource while you study for the exam. Covering all the essay rules tested since 2001, it’s organized to prioritize your studying, showing you each rule’s importance at a glance.

It’s our student favorite long-form product giving you detailed model rule statements with exam cites, tips, and room for personal notes so you can learn, add to, and keep by your side till exam day.  We have packed this outline with: 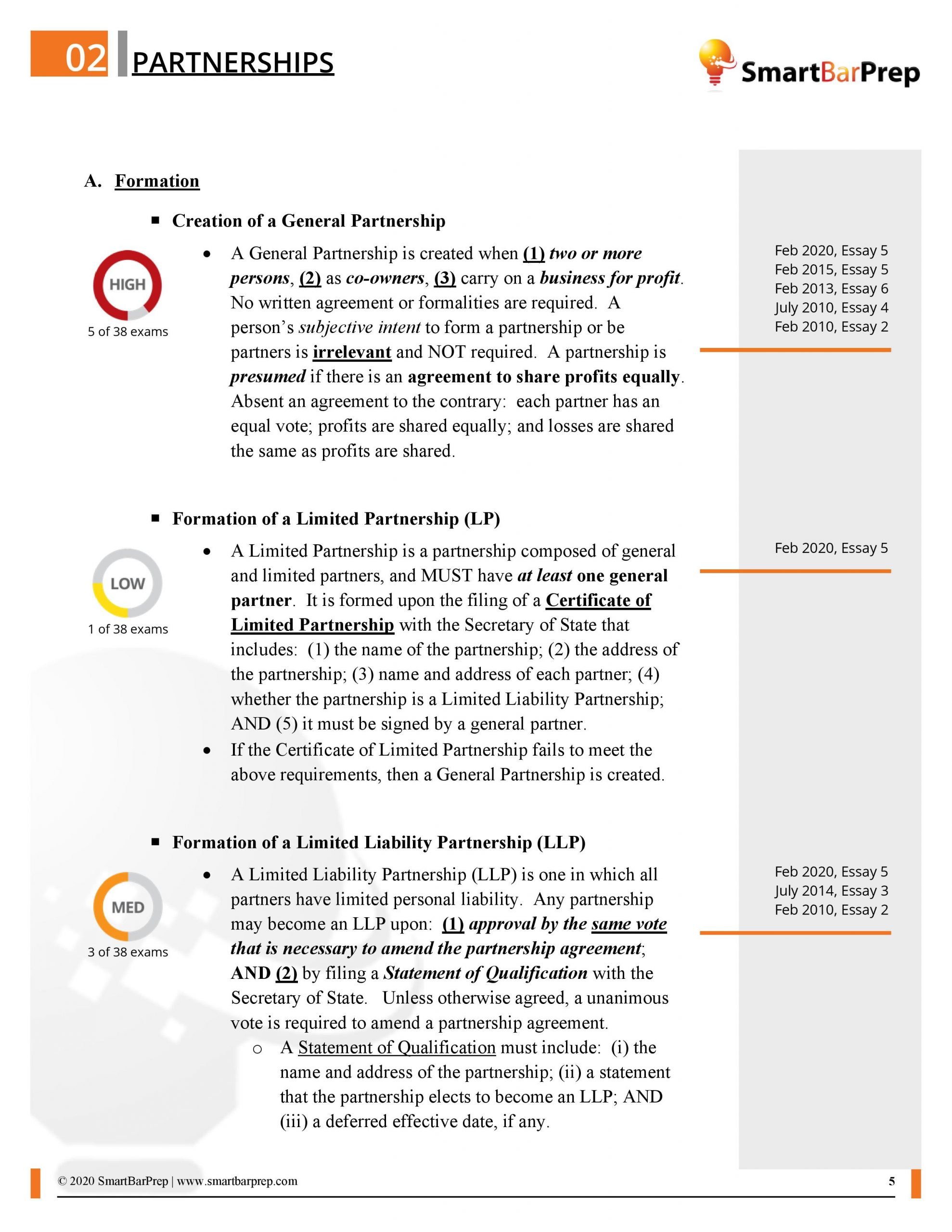 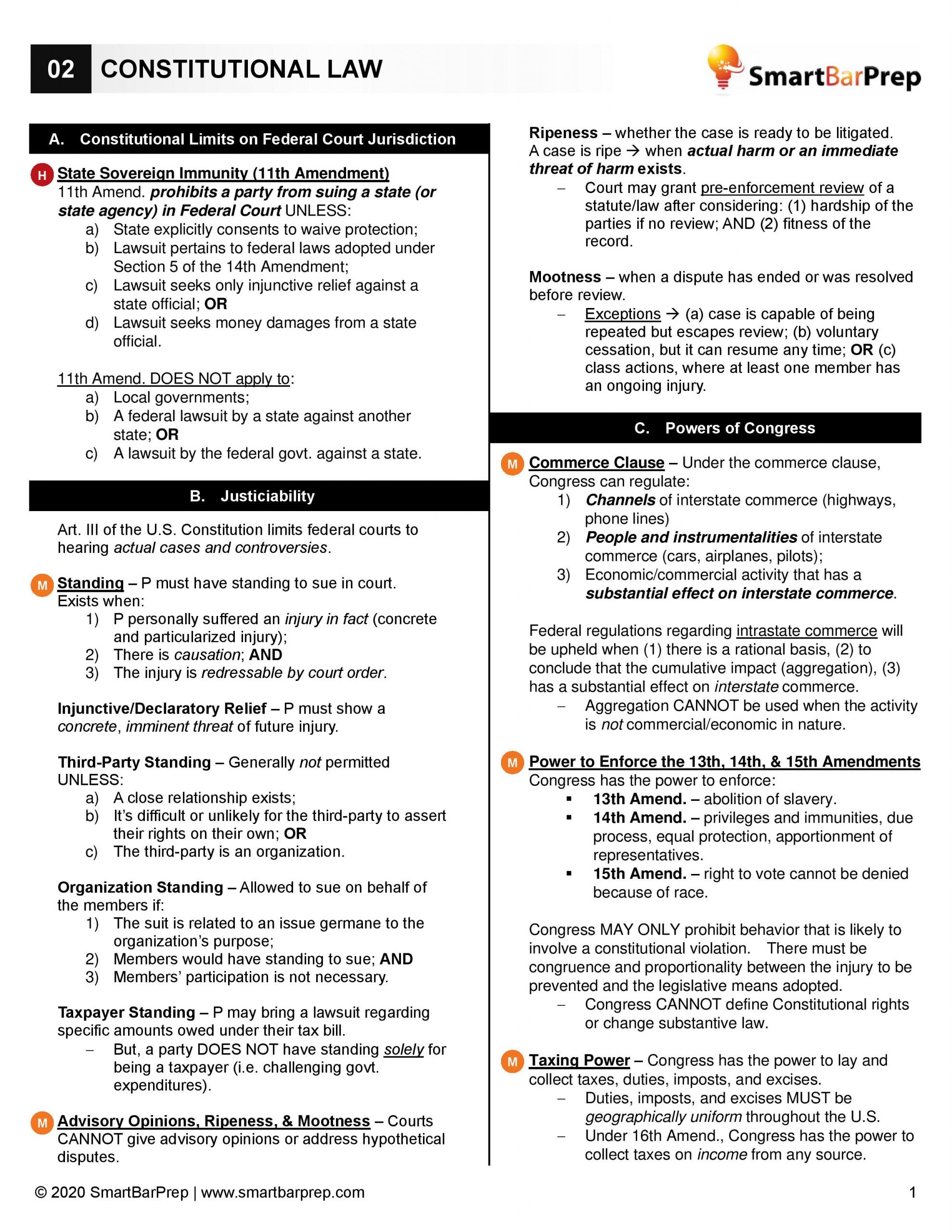 “Smart” Attack Sheets for the MBE Subjects
Concise breakdowns of the law for each subject that were created for memorization & review in the weeks and days leading up to the exam. Designed to be used in tandem with our Priority Outline, these Smart Sheets help you quickly memorize the important rules and topics with our signature priority color-coded system.

Within these condensed pages you will find:

Not only that, these sheets quickly condense rule statements into clusters, helping you spot and analyze issues likely to be tested together thereby reinforcing your memory and triggering connections on test day.

for the CA Essay & MBE sections
Our Frequency Charts catalog the number of times each rule or item has appeared on the bar exam, and helps to further identify topics that are worth devoting your precious study time on. 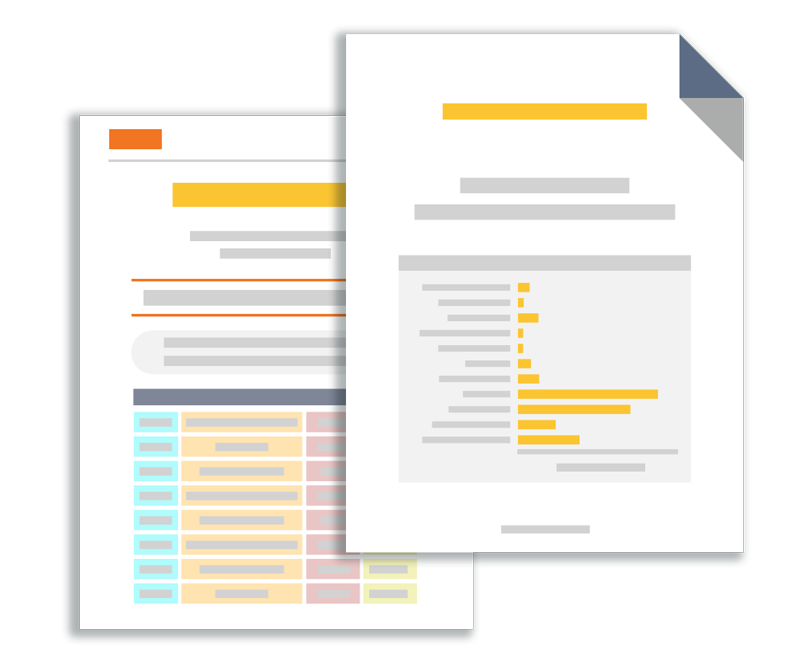 “Concise breakdowns of the law for each subject with a focus on highly tested MBE and Essay rules.”

Flashcards are a key component to bar prep, but not just any cards will do. We believe in optimizing your learning with smart technology.  That’s why we partnered with Brainscape to offer our flashcards in a mobile study platform that accelerates your learning results, using a “smart flashcards” algorithm rooted in cognitive science.

Covering both the MBE & CA Essay subjects, the Smart Flashcards: 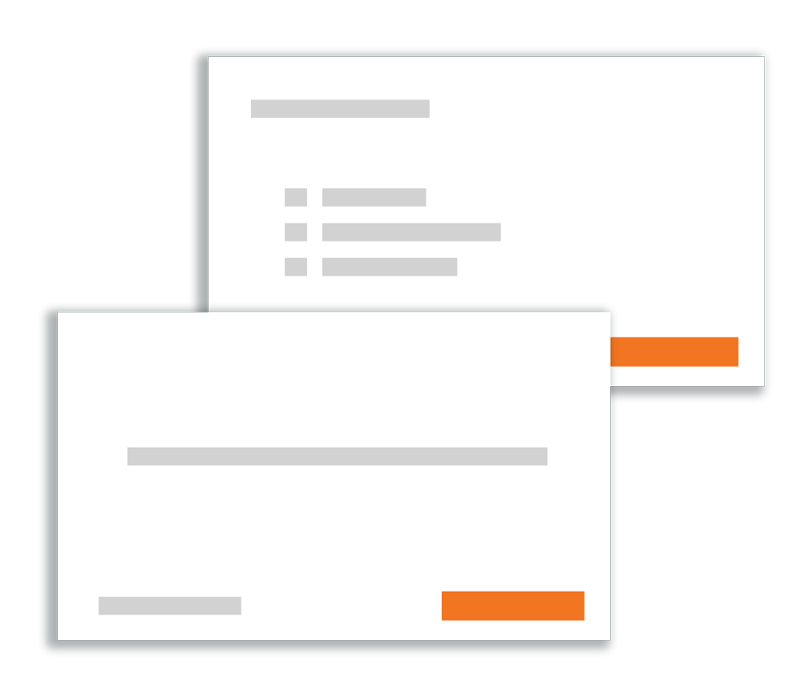 A printable version of the flashcards is also available in PDF format for those who like to study in a paper hard-copy format. 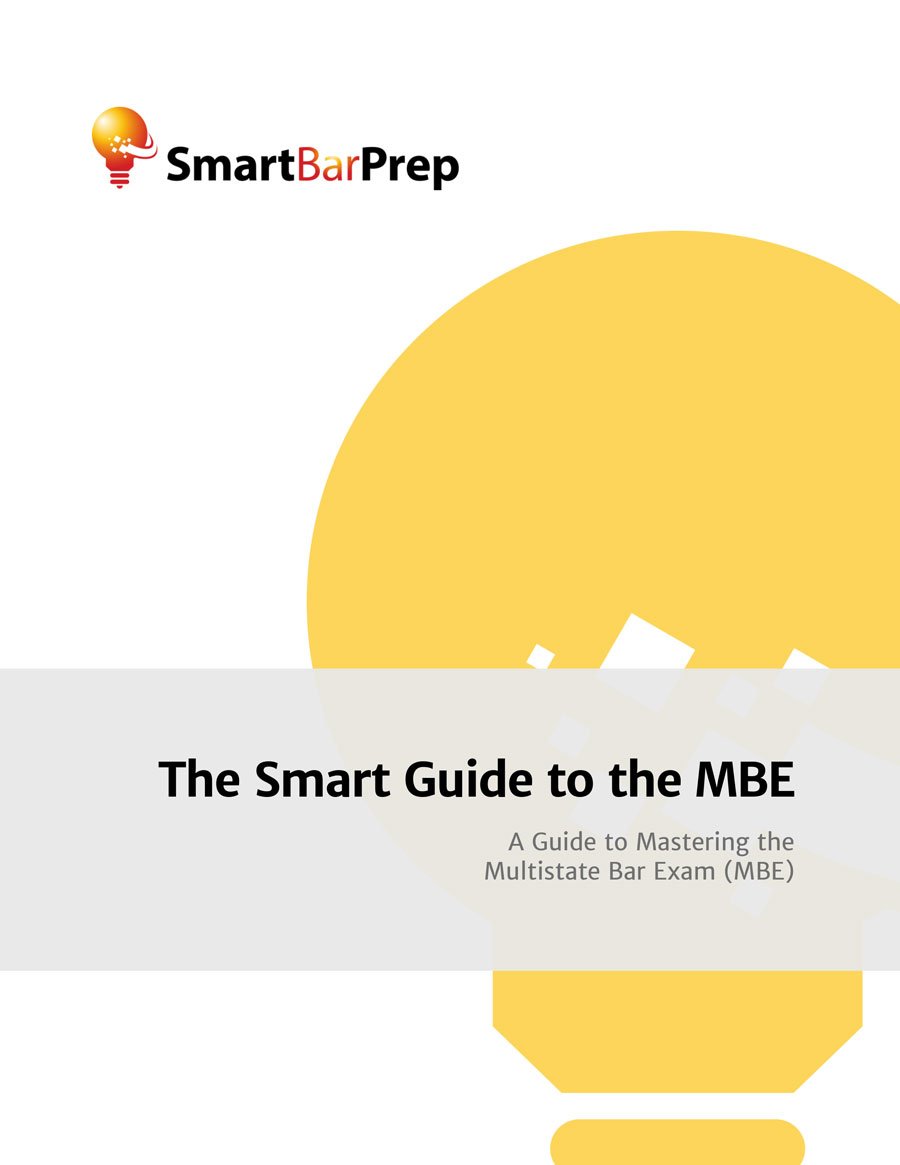 Our Smart Guide to the MBE breaks down and explains exactly how to prepare for the MBE section of the bar exam, including the study method the creator of SmartBarPrep used to score a 171.1 on the MBE (top 5%)!  We did all the investigative research for you.

Also included are tips, strategies, and step-by-step approaches to maximize your score, including:

The Bar Exam Gets Closer Every Day

The problem with most preparation materials is that they don’t do enough hard research using ACTUAL exams. The typical bar exam outline or study guide tells you every rule imaginable but does not provide any clear guide as to what rules matter most.

It got us thinking…could we do better?

Our answer, SmartBarPrep’s Priority Outline, is based on the analysis of past California Bar Exam essays.  It would take you over 1,000 hours of reading, analyzing, compiling, and drafting to equal the information at your fingertips in our outlines and study guides.

Here is the method used to create the Priority Outline:

The California Committee of Bar Examiners releases past exam questions along with student answers for each question approximately 3 months after the exam.  This has allowed us to compile statistics from the last 38 California Bar Exams (July 2001 to February 2020) by analyzing every issue and rule that was tested.

Every topic tested on the California Bar Exam essays is compiled here!

We are a firm believer in the 80/20 Rule developed by Italian economist Vilfredo Pareto. In short, the rule says that in almost anything in life, only a few things (the 20%) are essential, while the rest (the remaining 80%) are trivial.

After thousands of hours in review, the SmartBarPrep team proved that this rule can be applied to the bar exam.  In line with the 80/20 Rule, patterns emerged.  The most noticeable was that the bar examiners tested some material more frequently than others.

For example, whenever an Evidence question appeared we found that over 80% of the time a component of the question dealt with the “General Hearsay Rule”.  Since this rule is tested frequently, it makes sense to spend more time memorizing it than, say, the rule of Prohibition Against Jury Investigations, which appeared only once in the last 18+ years.

Also in line with the 80/20 Rule, focusing 80% of your time and energy on the 20% of the rules of law that are tested most frequently will maximize your chances of passing. Don’t just work hard; work smart by focusing on the right things.

That is exactly what our study materials do:  They show you what is most important and where to focus your efforts.

Here is a chart that shows just how often rules are repeated:

Are You Ready to Study Smarter?

Model Rule Statements for Each Rule

Knowing the frequency of each rule allows you to focus your precious study time.  But what about how to answer?  Our Essay Priority Outline also provides model rule statements for each rule.  So, you’ll know exactly what to write on the day of the exam.  The model answers are to the point, so you’ll have just what you need.  Walk into exam day armed with confidence that you can ace the essay portion of the exam…

And it’s all in a concise format that keeps you focused and organized.

Here is an excerpt from the SmartBarPrep Essay Priority Outline:

Integrate Our Guides With Your Bar Review Course

While our study guides are intended to be your go-to resource for passing the bar, they are also designed for integrated use along with popular courses like BarBri, BarMax, and Kaplan.

Our Priority Outlines, Smart Sheets, and study tools integrate well with review courses because each is arranged in terms of frequency and topic, saving you the hassle of trying to figure out which rules are the most important to study.

SmartBarPrep has helped thousands of examinees pass the bar exam since 2011!

“Passed CA on first attempt. I found your materials so incredibly helpful for the essays. I am recommending them to everyone. My essays went from being my worst nightmare, to being easier than the MBEs, thanks to memorized rule statements all located in one place. The rules in order of percentage tested (%) was also super valuable.”
Jason. Santa Clara University School of Law (Passed California bar exam on 1st try using SmartBarPrep).

“I passed the bar!  I wanted to thank you for the amazing outline.  Your outline was all I read for the essay portion, and it really helped me out.  It was very organized and it had all the rules that I needed for the essays.  Thank you again and have a great day.”
Arezoo B. Santa Barbara & Ventura Colleges of Law (Passed California bar exam using SmartBarPrep).

“I began studying for the February 2019 California Bar Exam in September of last year. After extensive self-study, I still felt unsure of myself three weeks before the exam. I downloaded your outline and found it incredibly helpful. The rules were accurately and clearly laid out. I really do believe that I was able to pass because of the materials you provided for a reasonable price. Thank you again.”
Nathan S. (Passed California bar exam using SmartBarPrep).

Ready to get started?

Sign Up For Our System Now And Begin Studying Smarter Today

Can I see a sample?

Sure… you can see samples of our California bar exam study materials here.

Is there a guarantee?

Yes… If after reading through our outlines and study guides, you aren’t happy for any reason, just email us within 30 days of purchase and you’ll receive a full refund.  We obviously don’t think it’ll come to that, but if you’re even the least bit worried, then put your mind at ease.

When will the February 2021 materials be released?

The updated Feb. 2021 bar exam study materials will be released sometime in mid-to-late December 2020.  [Note: The exact release date depends on when the most recent exam is released, so that we can update the priority & frequency statistics.]

If you purchase the current Fall 2020 version now, we will automatically send you the Feb. 2021 materials for FREE when they are released.

If I purchase now, will you send me the February 2021 materials?

Yes, we will automatically send you the Feb. 2021 materials for FREE when they are released.  You will immediately receive the Fall 2020 materials to get a head start studying.

With the exception of the Smart Flashcards, all of our study materials are delivered in standard digital PDF format.  Once downloaded, you can use the materials as long as you wish.

What is the format?

With the exception of the Smart Flashcards, all of our study materials are an instant digital download in PDF format.  Unfortunately, we do not provide any materials in hard-copy paper format.  However, there are no restrictions on printing, so you would be able to print the outlines and study guides yourself.

Can I print the outlines?

Yes, there are no restrictions on printing out copies of the materials for your personal use.

Immediately, since the files are downloadable.  After your purchase, you will be emailed a unique link to access and download the files.

What subjects are covered?